My Whisky Experience at the Virginia Distillery Company 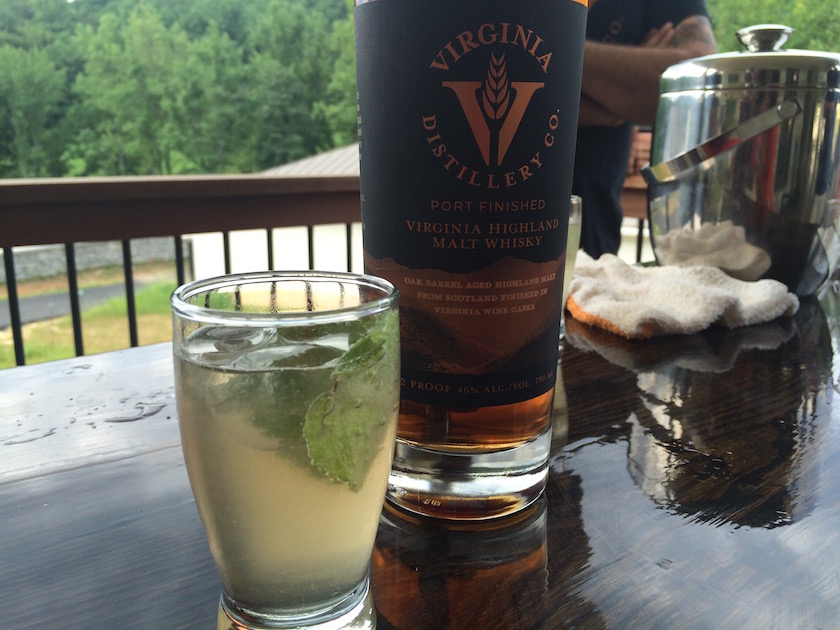 It might have been the longest three hours I had ever spent in a car. From my early 18-hour fall drives back to college for four years to my random family trips and girls getaways, I’ve spent a lot of time in a car. A lot. Yet, this time seemed to drag on with no end in sight. It had nothing to do with my driving counterpart (my mom). No, my lackluster driving experience probably was a combination of three things: 1. It was me who was doing the driving, 2. I had no idea that when I set out on my journey that Saturday mid-morning that it would be for 3 hours, and 3. I moved to a “big city” so that everything I could possibly be interested in going to would be no more than an hour away. We were headed to Lovingston, a small town in Virginia, for a tour and tasting at the Virginia Distillery Company (VDC), and after only minutes of arriving, I knew that the drive was and would be worthwhile.

While the literal action of driving was monotonous, the views were anything but. It was on a recent trip to Bavaria that I learned just how much I loved seeing and being surrounded by mountains. As a Florida girl, one of my first experiences of mountains was during a Spring Break trip to Las Vegas. Seeing the snow-capped mountains excited me so much that I could barely stop staring. Fast forward several years later, and there I was once again being surrounded on both sides by beautiful mountains. This time was a bit different, though. 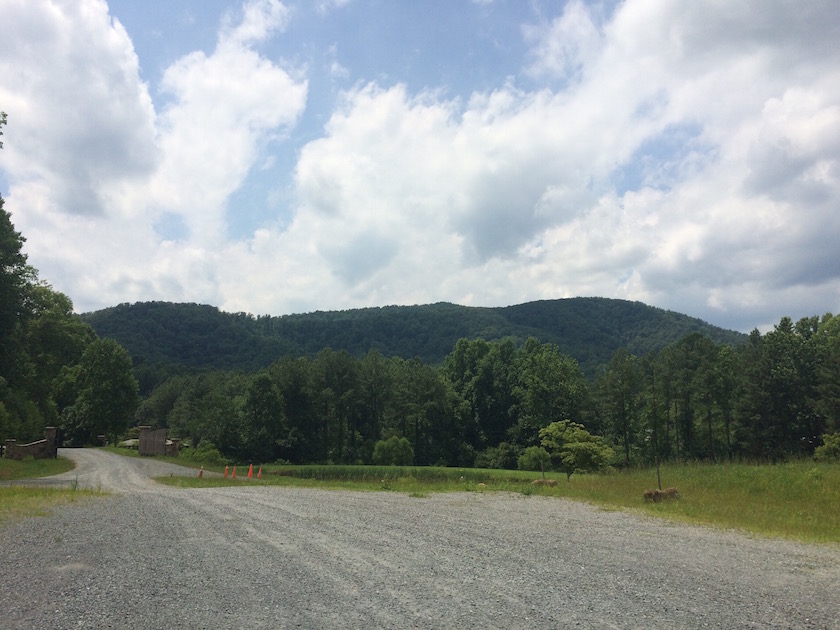 For some reason, as we drove a small nervousness came over me. Clips from doomsdays movies of times past and present started to invade my mind (San Andreas, I’m looking at you). There would be no way out if the Blue Ridge Mountains decided to somehow, someway collapse around us. As I counted up the odds of this actually happening, I became a bit more calm.

…and then we arrived at the Virginia Distillery Company, which was beautifully placed with the mountains as its backdrop and all my nervousness quickly faded away.

I’m so excited to try the whiskey tasting and tour @vadistillery! It’s going to be a fun day! #Saturday #whiskey #virginia #drinkup #experiencejunkie

Patrick, our tour guide for the day, gave what I believe was and is the most succinct way to describe VDS and what they do. Here goes, straight from his mouth: VDS produces Virginia Highland Malt, which is a Scottish-inspired, American single-malt whisky. BOOM! I was there to taste some great cocktails that were made from this Scottish-inspired, American single-malt whisky. And taste we did, BUT not before seeing where all the whisky magic was made. 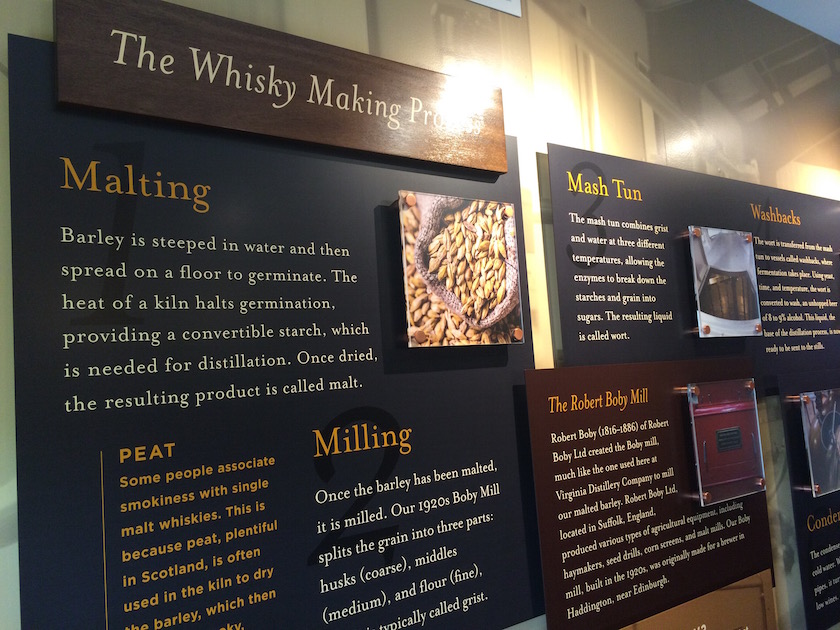 During the tour, we learned a lot of cool stuff. We saw the three parts the barley is milled into once it has been malted, which thankfully I learned is just a simple process of steeping the barley in water. For the longest, I thought that something malted was something that I did not want in my body. Awww, learning. 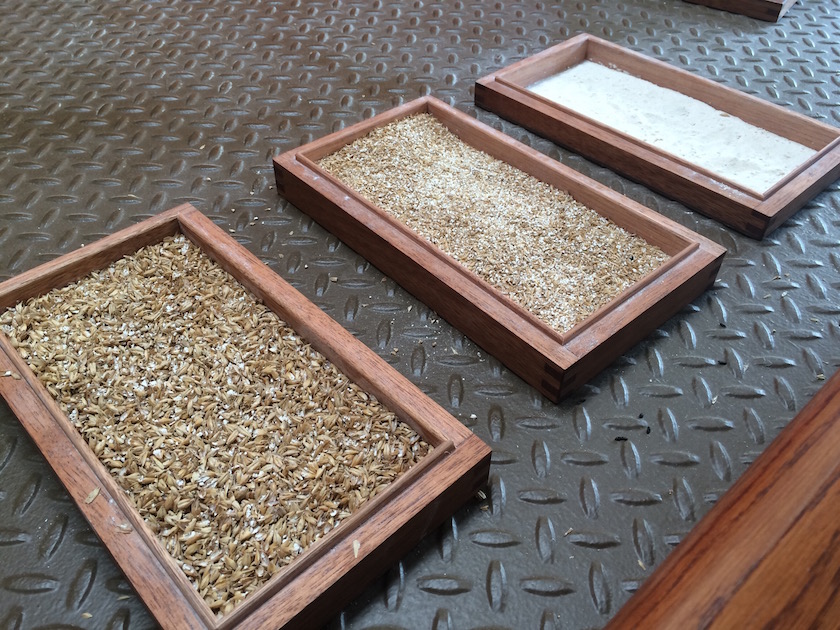 We saw the huge, gigantic, equipment used for the distillery process. 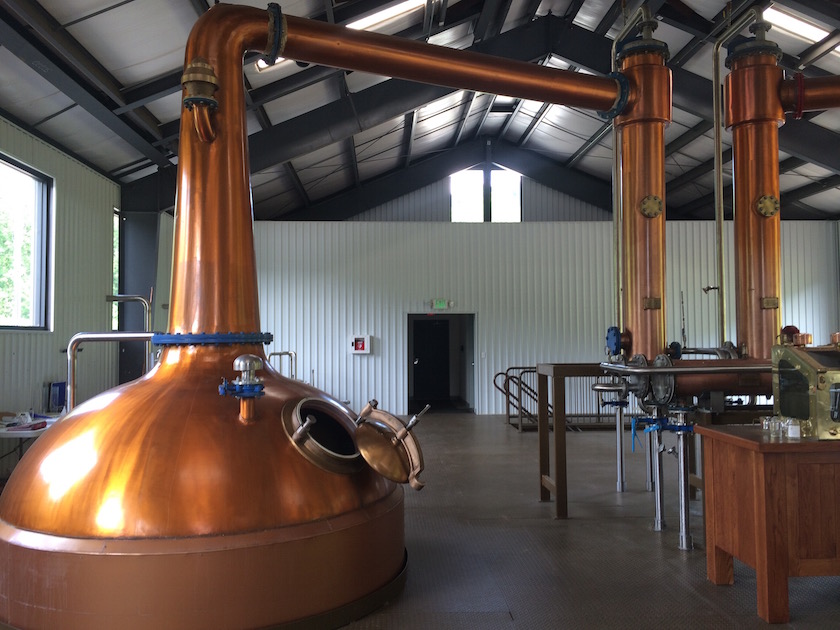 And my favorite part: the cask house. Sure this is where we got our first taste of the whisky, but the amazing, spirit-filled air was what took the cake. I can’t even put the smell into words, but what I can say is that I DID NOT want to leave that room.

The smell in the cask house was #sogood! Patrick, our tour guide, did a great job of explaining the aging process @vadistillery. Interesting fact: All of the #whisky is aged in casks that were previously used to hold bourbon. #whisky #drink #drinkup #saturday #cask #fourthofjuly #virginia #blueridgemountains #isitreadyyet

Then, the moment I think the entire tour group was waiting for: it was whisky/cocktail tasting time! Because we ordered a 4-whisky-tasting-ticket, we were able to select 3 of the 5 cocktails that were available on the menu. My three included: the Virginia Julep, South of Manhattan, and the Shenandoah Peach. The South of Manhattan which was made of cardamom bitters and sparkling cider and the Shenandoah Peach made of peach simple syrup, sour mix, and peach bitters were amazing. 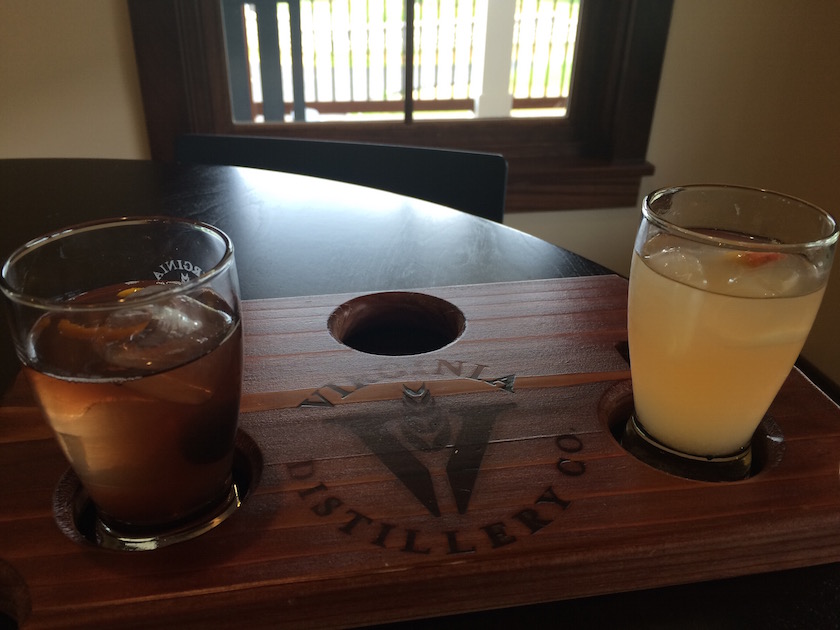 But, I fell head over heels in love with the Virginia Julep! Mint simple syrup, lime juice, seltzer, and, of course, some Virginia Highland Malt Whisky, came together to serve up the most refreshing cocktail, drink, etc. that I had ever tried. It wasn’t an ordinary love, but it was a love none the less.

The rainy and dreary day here has me Virginia Julep #dreaming about my recent visit to @vadistillery. #fourthofjuly #wishihadone #rainyday #virginia #againstthegrain

Our day at the Virginia Distillery Company ended much sooner than I had hoped or wanted. With the beautiful outdoor seating area, I thought of all the great conversations that could be had over a great cocktail with the mountains overlooking us. But alas, we had to get back on the road. We had a three hour drive to get back to.

Worms and My Visit to the Botswana Embassy