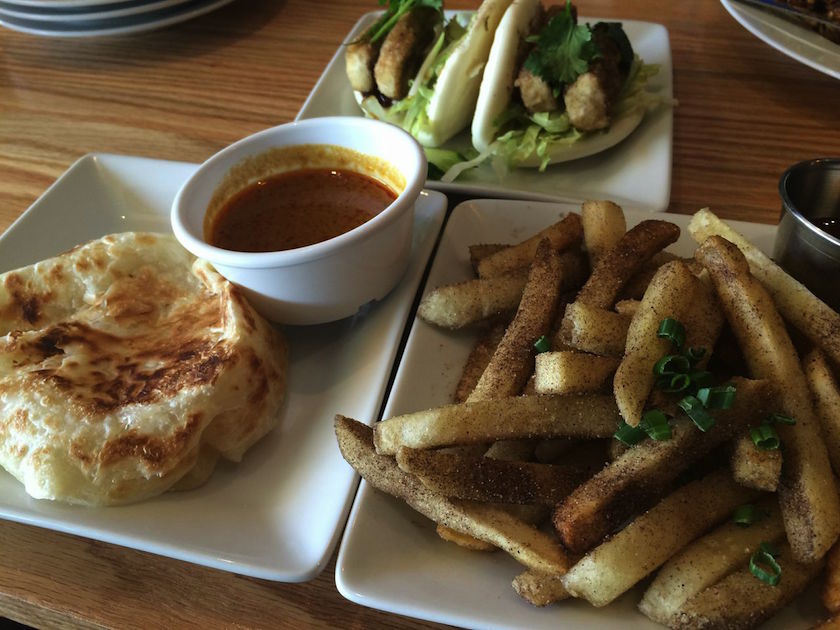 For the past 5 months, I have unknowingly been driving right by what would become a place that I would come to rave about to my friends and family. So you don’t make the same mistake as I did, allow me to introduce you to Mamak Asian Street Food. If you live in Central Florida, it is quite easy to 1. miss it on your drive down the always-busy Colonial Drive and 2. not think much of it as its street appearance is quite unassuming. Being the adventure eater that I am, after the 1,000th time of passing by wondering what on earth was going on inside, I did a bit of research, liked what I saw, and decided to call up a friend to try the place out with me. One bite in, and I knew that Mamak would be a place that I would come to again and again.

Before jumping into the food, let’s talk about the restaurant layout. There was such a juxtaposition (side note: after learning this word during my freshman year of college, it took me additional 5 years to really understand what this word meant) between the inside of the restaurant and its surroundings. The moment that I stepped into Mamak, I felt like I had stepped into a trendy, new restaurant somewhere in New York City. Down the center was a long, high-top table that could sit at least 20 ultra-trendy diners. On each side of this table, there was regular seating which included four-person tables and wall-long booth areas. The restaurant’s lighting hung trendily from the ceiling. I felt at home (I’m an NYC girl in my heart). Plus, the yellow and earth-tone colors really cemented its trendy, NYC vibe. Now, let’s talk food.

When it comes to the food at Mamak, tapas are the best way to go! Yes, they have much more including salads, noodle soups, rice dishes, and other regular-sized dishes. I wanted to experience more than one dish, so I went with a number of their smaller dishes. Here’s what I ordered: Lychee Drink, Roti Canai, Asian Gwa Bao, and Mamak Fries. Now, I don’t usually mention what I had to drink but I can not write about my visit to Mamak without mentioning the amazing Lychee Drink that I had. But of course, you’re going to have to scroll through the pictures for a more detailed description of my eats.

By the way, Mamak also serves meat dishes, so be sure to bring your carnivorous friends and family along for the ride! 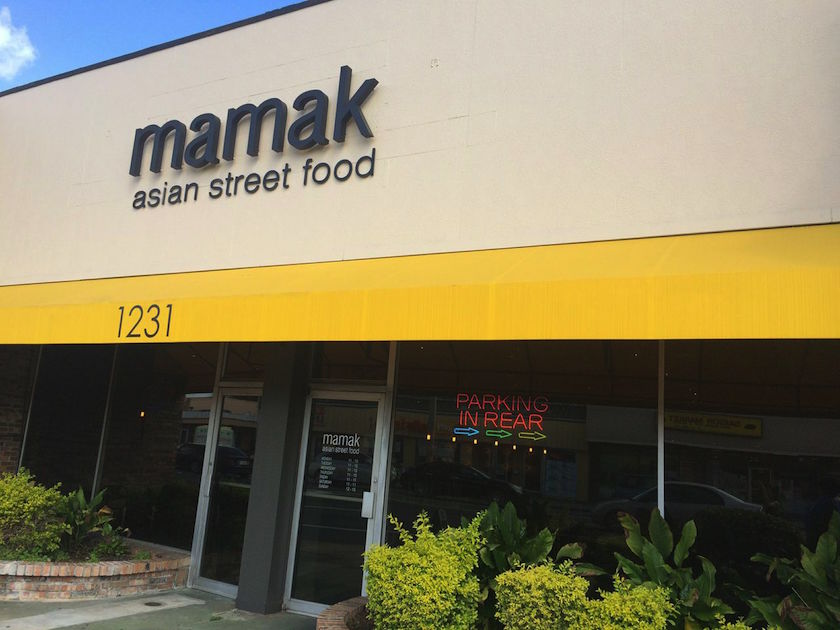 Don’t let the outside fool you! There’s a loot of cool, tasty stuff going on inside. 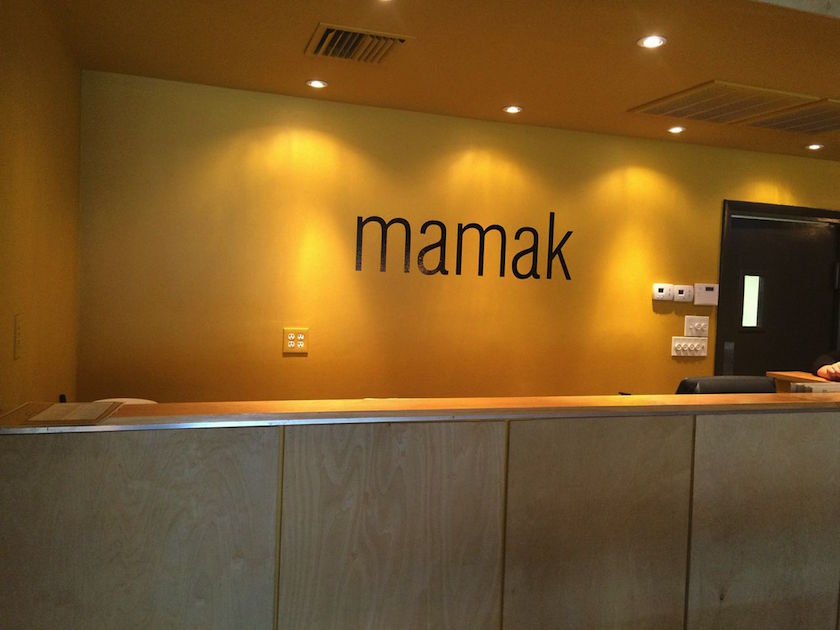 Inside Mamak, this screams NYC, doesn’t it!?!? 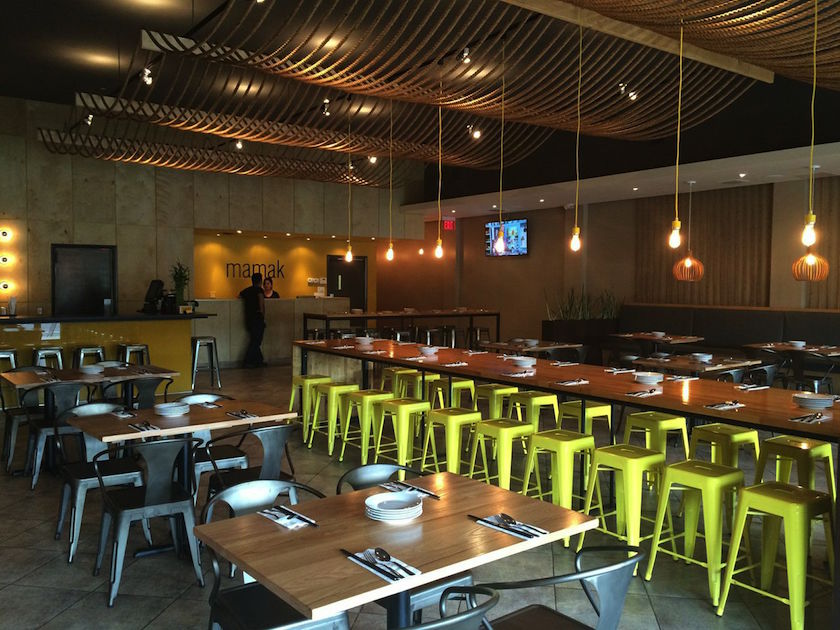 Downtown Orlando, meet trendy, NYC. See what I mean about the inside? Chic, right! 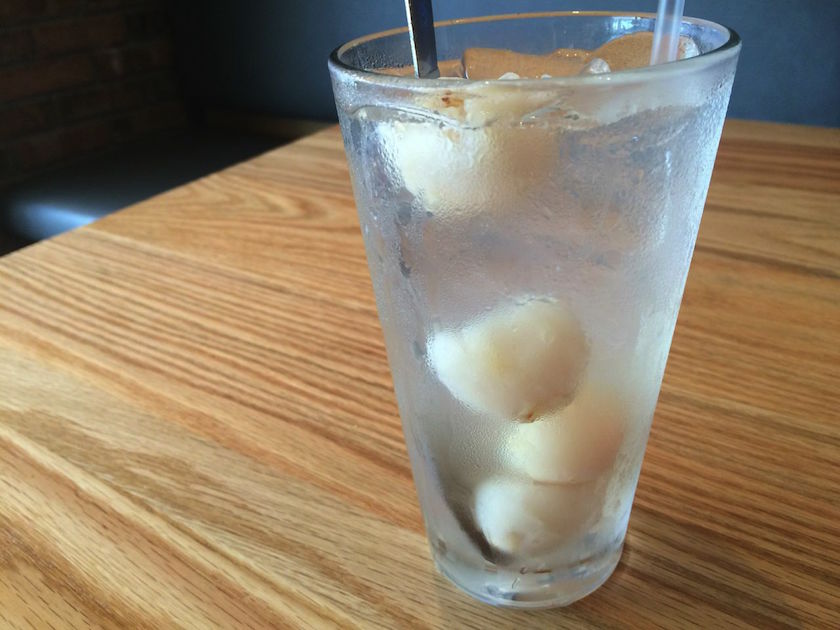 After asking the waitress what drink I should order, she pointed me to the Lychee Drink. I’m so glad that she did! On a warm, Florida afternoon, it was so refreshing. The drink includes four lychees and a spoon that I used to scoop the fruit out once I had finished the drink. It was so light, with the perfect amount of sweetness. Thankfully, It was not a syrupy, sugar-filled drink. It was much like cucumber water, but with lychees. You must order this! 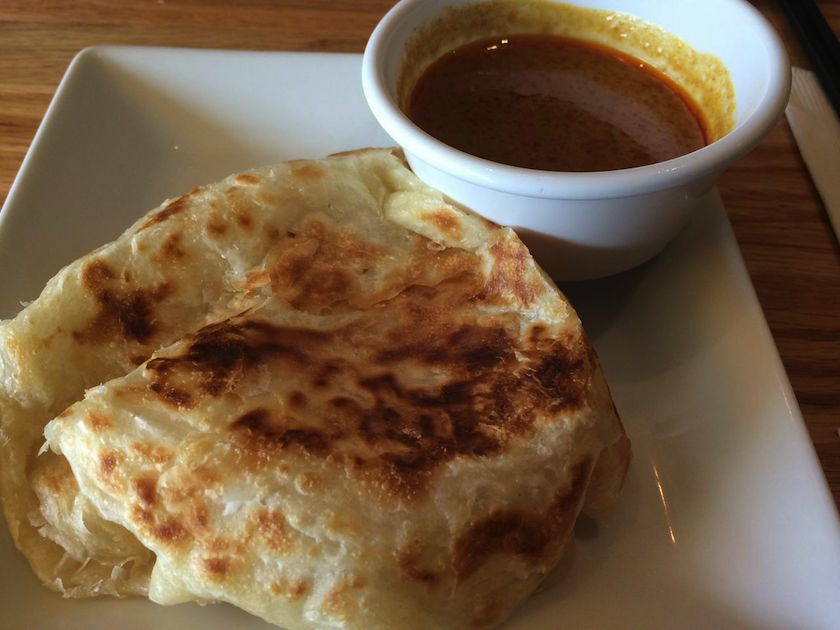 I will admit that this was not one of my favorites. When I saw the word roti, I assumed that it would have a filling, but disappointingly, it did not. Reading is fundamental, right? This was a nice flaky bread that came with a spicy curry sauce. I’m not a fan of spicy food, so I would have preferred a sweet peanut sauce, but I ate it. 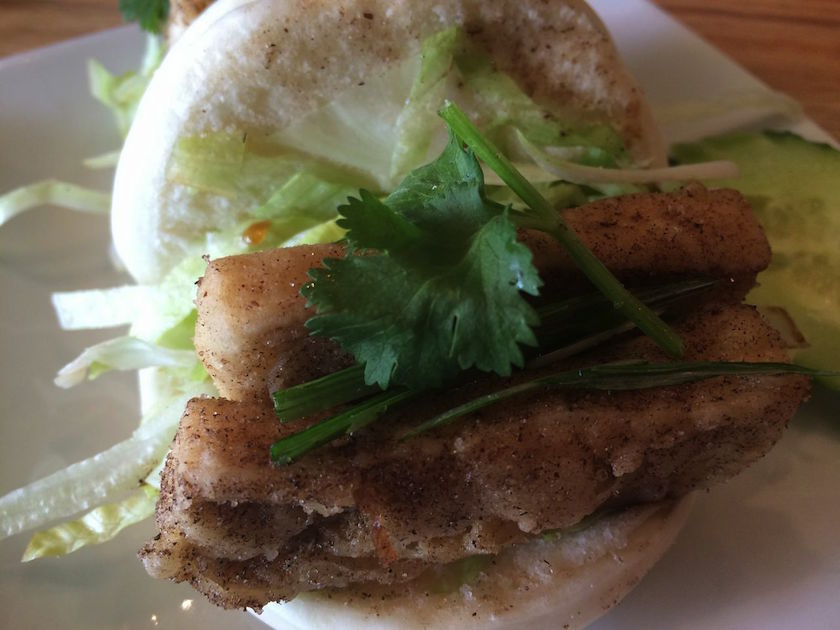 The Asian Gwa Bao was my second favorite dish after the Mamak Fries. When it came to the table, I was so not impressed. It looked pretty but I wasn’t sure if there would be a lot of taste to it. Oh was I wrong! Here’s what it is: there are two pieces of tofu placed inside “fluffy Asian bread” then topped with hoisin sauce, cucumber, lettuce, and scallions. This was really good! The hoisin sauce really brought this to life and added the flavor punch that I was not expecting but was hoping for. 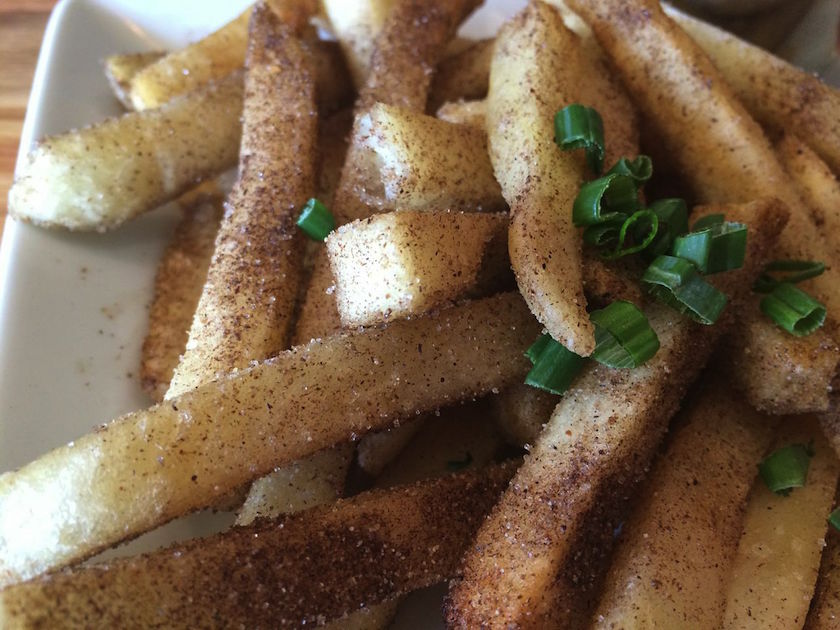 Last, but surely not least: the Mamak Fries, which were my favorite! This dish was so good that I was tempted to order another one, but I held my composure. The dish is really simple, and nothing out of the ordinary. What is special about this dish, however, is the flavor and ingredients used. Five spice seasoning and chopped scallions are really what make this ordinary dish of fries extraordinary. I kept eating and eating, never wanting it to end.

Tako Cheena Was The Answer to My Vegan Buritto Dreams