Cinco de Mayo 2015 will go down as the very first time that I took part in the celebration. I will admit that my celebration of the day, that at the time I had completely no idea what it represented, was a mistake. How does one celebrate Cinco de Mayo by mistake? Well, in an attempt to schedule a much needed drink outing with a friend on a dead night in downtown Orlando, I, ironically, scheduled our outing on what is probably one of the most rowdiest days in the year. Before I could even think of rescheduling, I received an email from Ethos Vegan Kitchen alerting me to their special Cinco de Mayo menu, and the rest, as they say, was vegan history.

I will skip the 250 words that it would probably take me to describe Ethos because I’ve done it several times. There was this time and, how could I forget, this time. So, instead, I will jump right into the food.

Here’s what was on their special Cinco de Mayo menu: first off, all beers were a $1 off. SCORE! Then there was the Fajita Burrito that was stuffed with grilled chickun, onions and peppers, sour cream, cheese, guacamole, salsa, shredded lettuce, and diced tomatoes. But it didn’t stop there. Also included on the menu was a dish of three Hard Tacos that were filled with refried beans, seasoned ground TVP, cheese, salsa, shredded lettuce, and diced tomatoes. Plus, each dish came with a side of chips and salsa.

What did we order? Everything, of course! We went in with a plan: we would cut what I knew would be a huge burrito in half then each of us would have one of the three tacos and would then split the third one. Everything went as planned… that is until one final taco was left on the plate. By then, I was so full that I couldn’t even stand to look at myself. So, I let my friend grab it, and he did without hesitation. This is an important note, because he is nowhere near vegan, but he seemed to enjoy the food immensely.

I was a little hesitant about writing this post seeing as the items I discussed will probably only be seen again next year, but I thought that it was important to show you (or boast a little about) the awesome Cinco de Mayo that I had… vegan style!

Be sure to check out the pictures from my visit below. 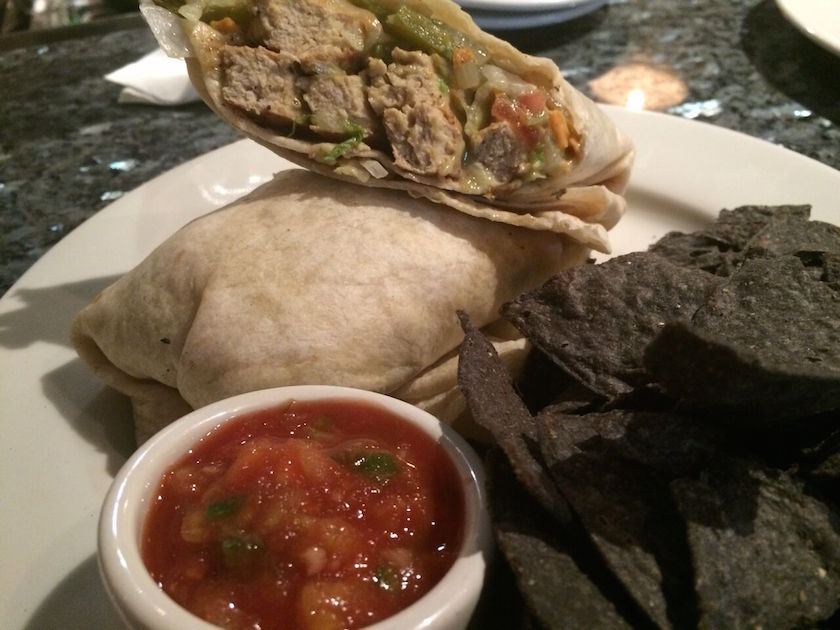 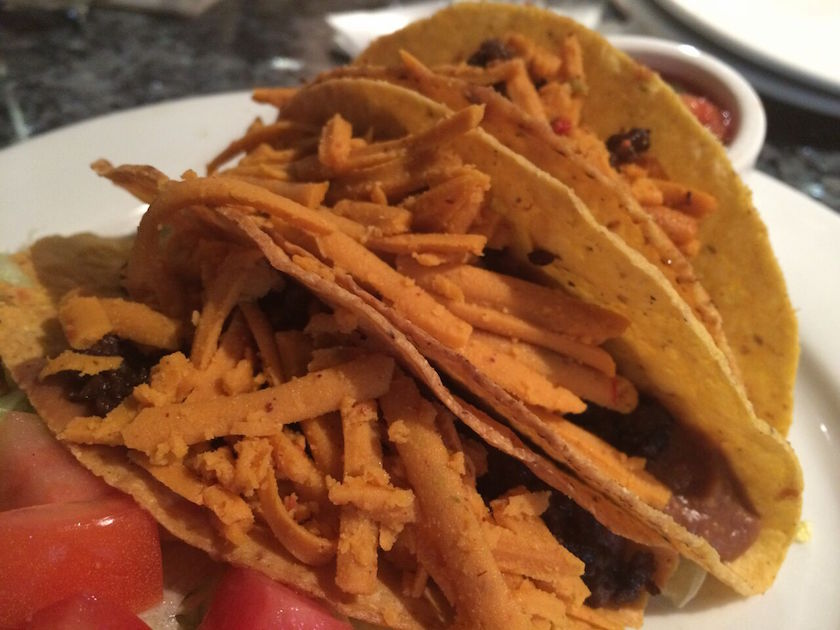 Spoleto’s Customized-to-Order Pasta Is Worth the Drive